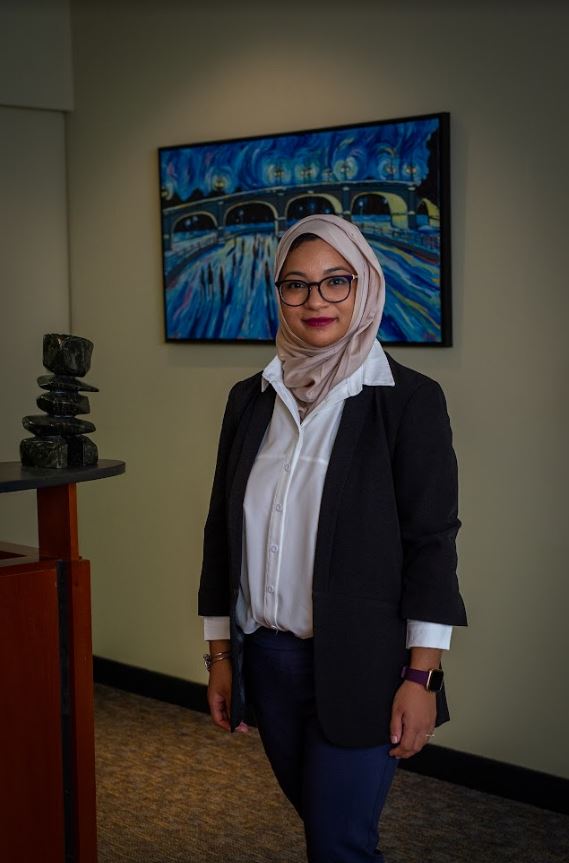 During law school, Samarah was actively involved as a caseworker at the University of Ottawa Community Legal Clinic’s Criminal Division, regularly appearing in the Ontario Court of Justice in remand court, Indigenous Persons Court, and bail court. In addition to her work at the legal clinic, Samarah completed a practice placement at a boutique criminal defense firm in Ottawa, working on a wide variation of criminal law research issues.

Samarah gained valuable skills as an orator and negotiator in law school. She placed as a semi-finalist in the Nelligan O’Brien Payne Moot Competition, on an employment contract dispute. She continued to hone her skills in negotiation as a participant in the Borden Ladner Gervais Family Law negotiation. She later used her training to negotiate with Assistant Crown Attorneys as part of her role at the legal clinic, seeking resolutions and positive outcomes for clinic clients.

Samarah maintains a strong work ethic and professionalism in all her roles. She skillfully balanced her role as a mother to two beautiful girls during law school, while maintaining Dean’s List recognitions. Samarah continues to uphold a mantra of “work hard, play hard” in her position as an Articling Student today.

Labour law continues to hold a special interest for Samarah, as meeting with members and hearing their grievances has regularly been a part of her upbringing. She takes significant pride in her father’s role as a shop steward at the linens factory he worked in for over 25 years. Samarah is thrilled to join Jewitt McLuckie & Associates as an Articling Student and to take part in fighting the good fight.