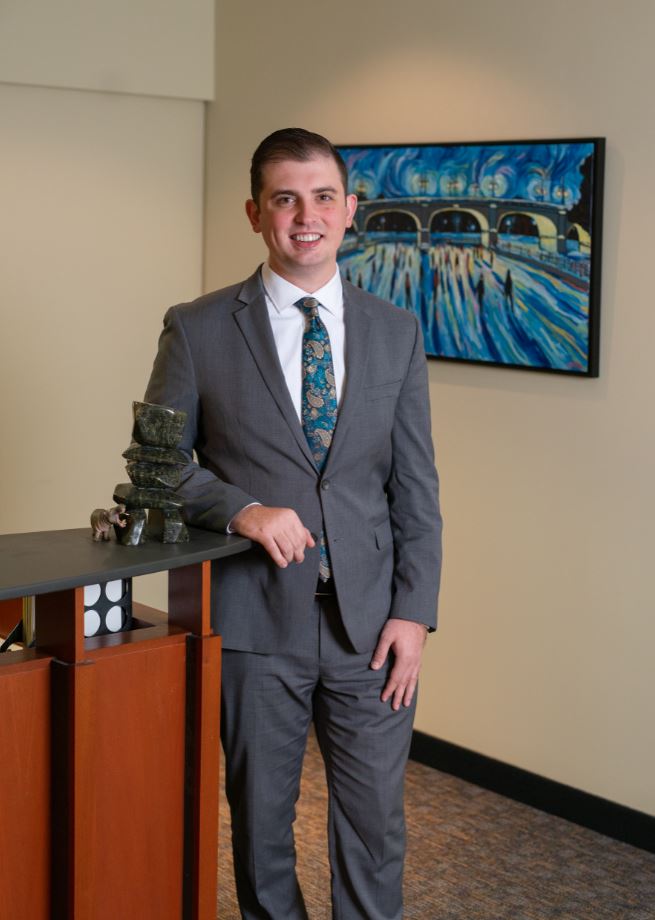 Cole was called to the Ontario Bar in June of 2021. He completed his Law Degree at Lakehead University in 2020. Prior to his studies in Thunder Bay, Cole attended Carleton University here in Ottawa and received his Bachelor’s Degree in Legal Studies in 2016.

Before joining the Jewitt McLuckie & Associates team, Cole spent a year working with Lakehead University Community Legal Services. In this role, he travelled to Northern Ontario communities and reserves to provide legal assistance. In addition to his legal clinic work, Cole completed a practice placement at the Crown Attorney’s Office in Thunder Bay. While on this placement, he worked in the courts of Thunder Bay and Northern Ontario, some of which were only accessible by plane.

Cole is pleased to be working with the Jewitt McLuckie team in support of the labour movement and employee rights.