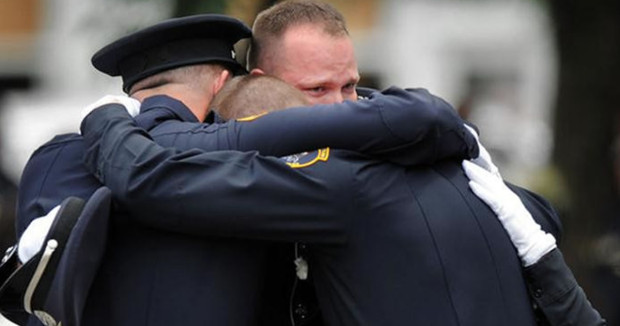 This welcome announcement follows years of effort by paramedics and other first responders, led by NDP MPP Cheri DiNovo, on a private member’s bill to amend the Workplace Safety and Insurance Act, 1997 (WSIA) with regards to PTSD. Under the existing legislation in the WSIA, first responders must prove a causal link between PTSD and a workplace event, despite the fact that they experience PTSD at twice the rate of the general population. This often results in protracted claims processes and workers who feel re-traumatized by their struggle for support. Under the new bill, any first responder diagnosed with PTSD by a psychiatrist or psychologist will be entitled to expedited WSIB benefits and appropriate treatment. In addition, employers will be required to implement PTSD prevention plans in workplaces.

Over 73,000 first responders in Ontario would benefit from the proposed legislation, including police officers; firefighters; paramedics; workers in correctional institutions and secure youth justice facilities; First Nations emergency response teams; and dispatchers of police, firefighter and ambulance services. The inclusion of the latter group is a welcome addition to the Ministry’s legislation and was not part of DiNovo’s original bill.

First responders will be able to make claims up to 24 months after leaving an included occupation. Although new claims, pending claims and claims currently being appealed will be reconsidered under the presumption, any claims which have exhausted the appeals process will not.

The pressing need for improved policies to support first responders is something partner John McLuckie knows very well, given his work with paramedics and communications officers. As part of the firm’s efforts to advocate on behalf of workers struggling with this disorder, we are offering a conference on April 21, Mental Wellness in the Workplace: Understanding and Working with PTSD, Addictions and Depression, featuring experts on PTSD including Fiona Gilligan, of the Ottawa Anxiety and Trauma Clinic. You can register for the conference HERE.