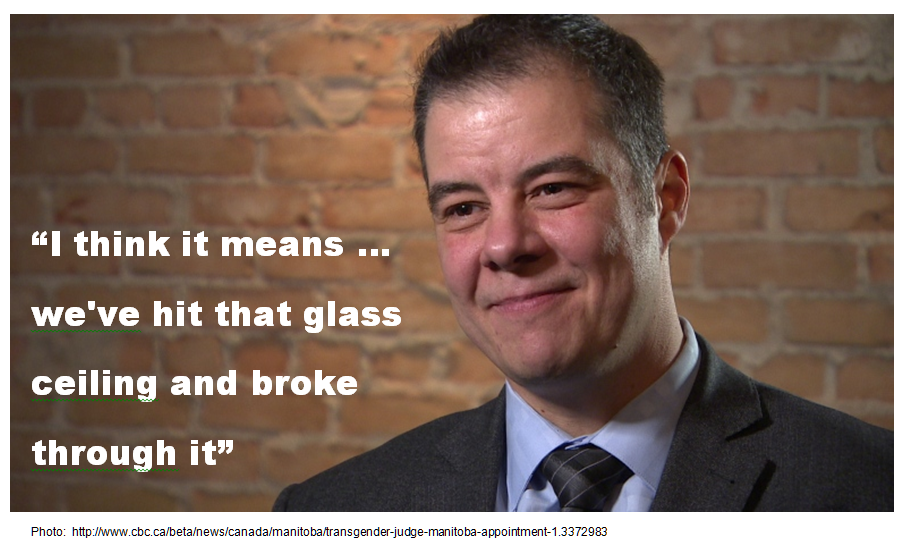 On December 17, 2015, Kael McKenzie was appointed as a Judge of the Provincial Court in Winnipeg. He is the first openly transgender person appointed to the bench in Canada.  Like many provinces, Manitoba recognizes the diversity of the province as a central criterion to the judicial appointment process. The Provincial Court Act demands that a qualifying candidate represent the “diversity of Manitoba.”[1] McKenzie’s appointment illustrates the judicial selection committee’s adherence to the legislation and efforts to address the lack of judicial diversity seriously. As Canadian anti-discrimination laws continue to develop, it is fundamental to such progress that the judiciary also be increasingly representative of the citizenry over which they preside. A diverse bench will undoubtedly result in more socially aware and contextualized decision-making. Speaking to the importance of diversity within the judiciary, in the Supreme Court of Canada decision R v R.D.S, Justices McLachlin and L’Heureux-Dubé  wrote:

“Judges in a bilingual, multiracial and multicultural society will undoubtedly approach the task of judging from their varied perspectives. They will certainly have been shaped by, and gained insight from, their different experiences, and cannot be expected to divorce themselves from these experiences on the occasion of their appointment to the bench. In fact, such a transformation would deny society the benefit of the valuable knowledge gained by the judiciary while they were members of the Bar.”[2]

Further addressing the need for a more diverse bench, Chief Justice McLachlin eloquently stated, “Many people, particularly women and visible minorities, may have less than complete trust in a system composed exclusively or predominantly of middle-aged white men in pinstriped trousers.”[3] Justice McKenzie may well be a man who wears pinstriped trousers, but his experience and perspective is a welcome addition to the bench, and it will be interesting to witness the impact of increasing diversity  on the development of law and the evolving concept of justice in Canada.